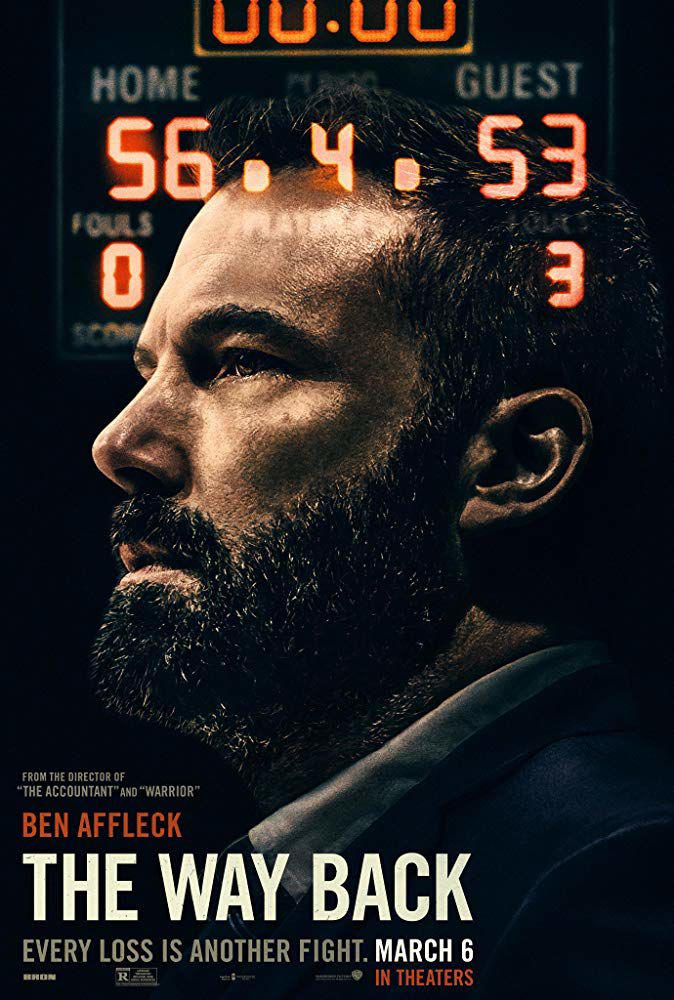 That is what “The Way Back,” a sports drama directed by Gavin O’Connor, is about. The film follows Jack Cunningham, an alcoholic loner played by Ben Affleck, that gets hired to coach for his former Christian high school’s basketball team. On top of coaching, he also has to deal with his own personal problems. O’Connor and Affleck previously collaborated on 2016’s “The Accountant.”

Surprisingly, this film isn’t just a sports drama. It’s actually a character drama. Its focus is more on the characters and their own personal growths. The sports take a backseat (or the bench, if you will).

The film’s biggest strength is its characters. Each one is defined and (most of them) have dimensions to them, especially Jack. His struggles with alcoholism, family, and coaching are clear and well established. It drives how the film progresses and makes it more interesting than if it was just about basketball.

The cinematography reinforces this. Most of the film is shot in close-ups or medium shots; it rarely cuts to a wide shot, even during the games. This is because its emphasis is on the characters: they are what matter.

This creates a much more unique experience that resonates more than if it was just about the game. It gives the film purpose. However, there are a few awkward zooms that were distracting at times, but don’t ruin the film. Other than that, the camera is tight on the characters.

In terms of structure, the writing is good, including the character arcs in the film. However, there’s a lot of exposition: it tells more than it shows. The actors do a fine job delivering it and the dialogue isn’t necessarily unnatural. The film would be better if it relied less on exposition and more on showing. For example, the opening scenes do a fantastic job at showing the severity of his drinking problem without expressly telling the audience.

Ben Affleck does a great job bringing the struggles of his character to the screen. I realized that his performance was more subtle and nuanced then I initially thought, as he reacts realistically and emotionally to the situations his character is in (which is somewhat autobiographical).

In fact, all the actors do a good job giving their characters distinct voices and performances, especially Janina Gavankar, who plays his separated wife. The scenes with the two of them are some of the best in the entire film.

The themes in this film are rather poignant. It focuses not only on struggles related to addiction, but also how our actions influence those around us. Ultimately, the film is about understanding and self-reflection, and learning to better oneself (which is the point of the title). Along with the focus on the characters, this is where the film excels.

Going into this film, I thought it was going to be another generic, feel good sports drama about a down-on-their-luck team trying to win the big championship game. What I got instead was a solid character drama that I enjoyed much more than I ever thought I would. It’s a redemptive, personal and human film about the struggles of life and how we learn and grow from them, without it being surface level. It’s about how our behavior and actions affect those around us.

This film is much more in line with “Rocky” than it is “Remember the Titans.” Its themes and characters elevate it above its contemporaries and makes this film worth watching.