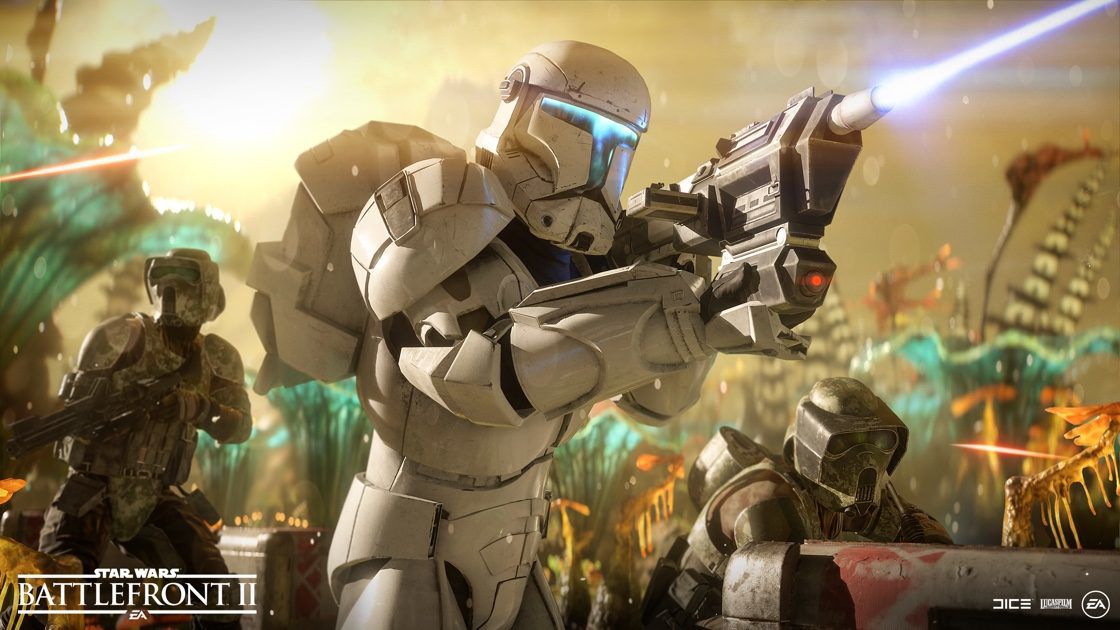 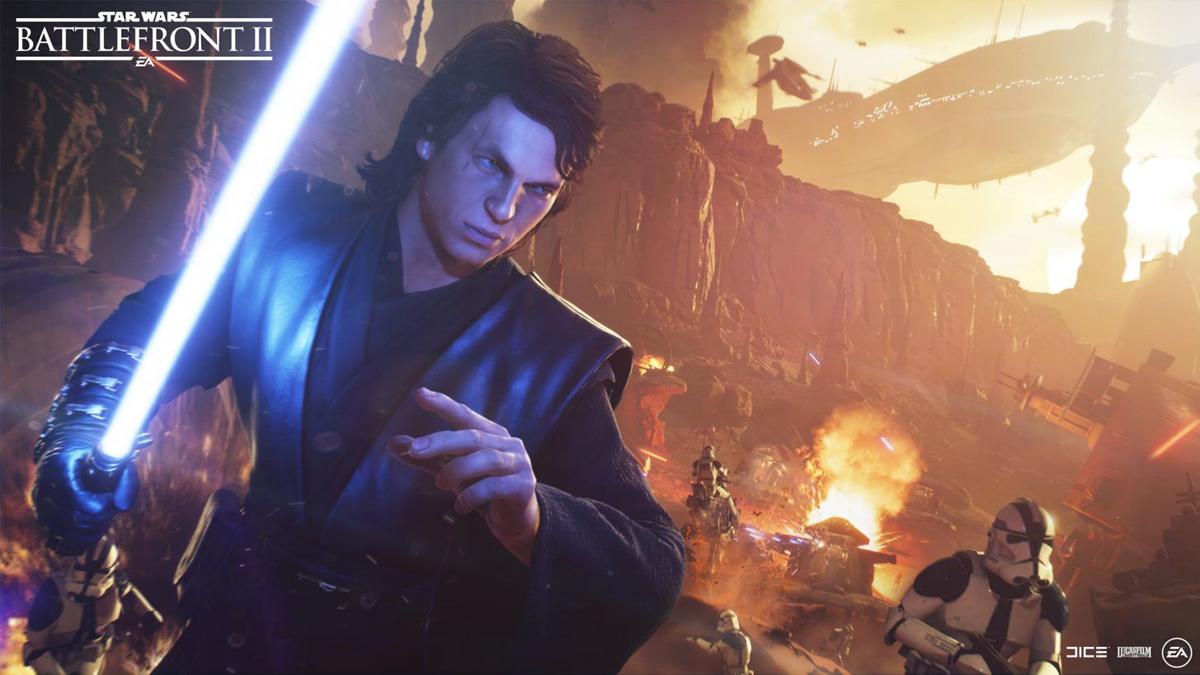 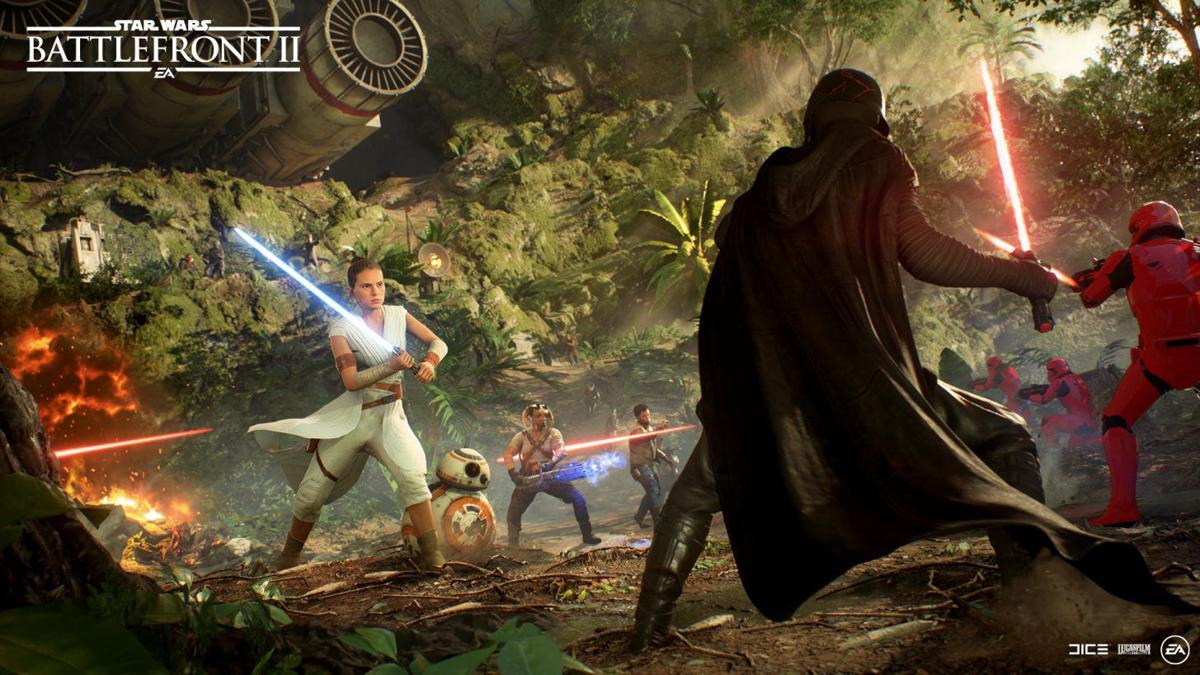 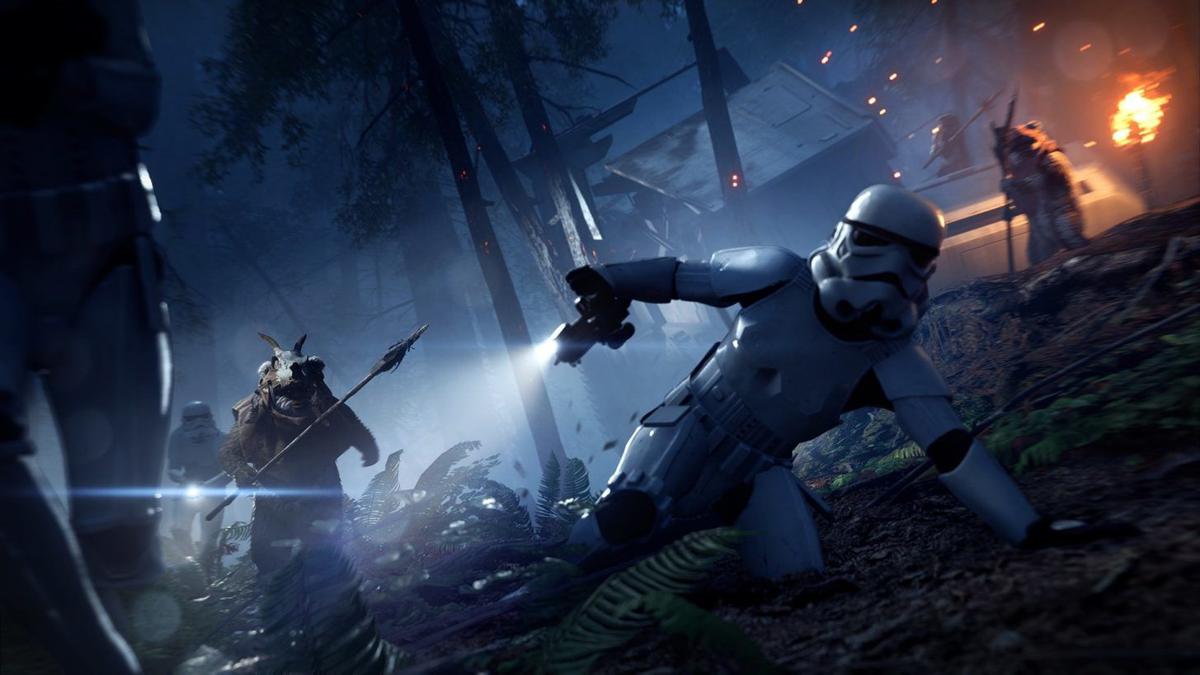 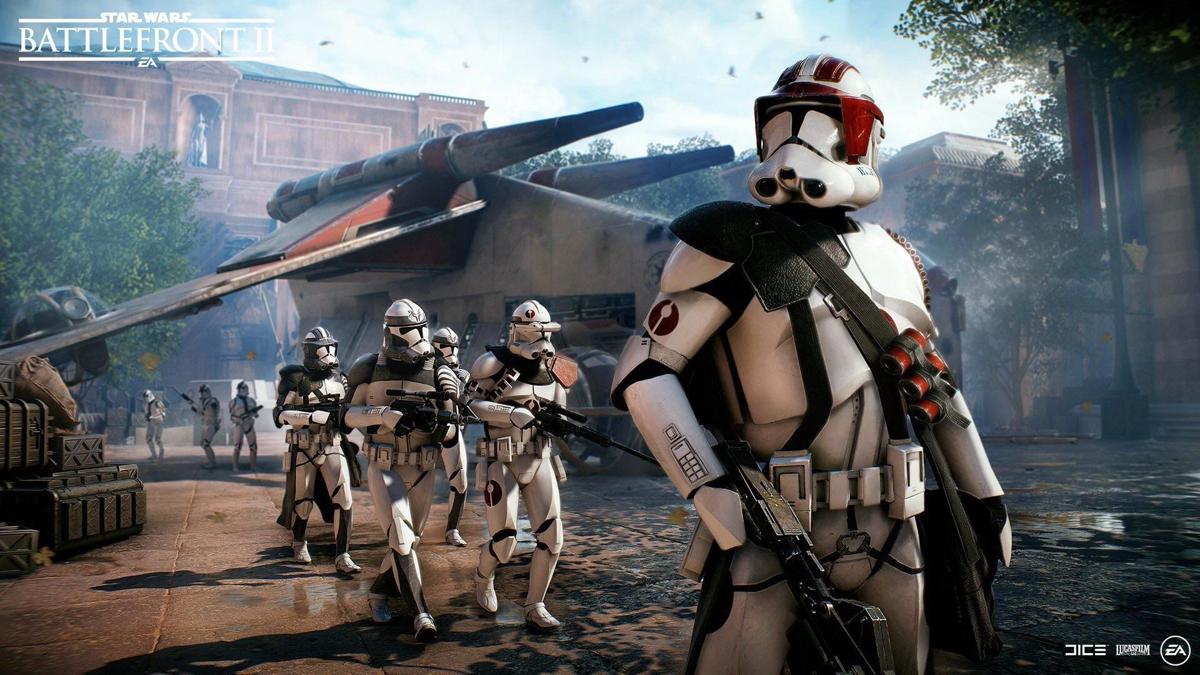 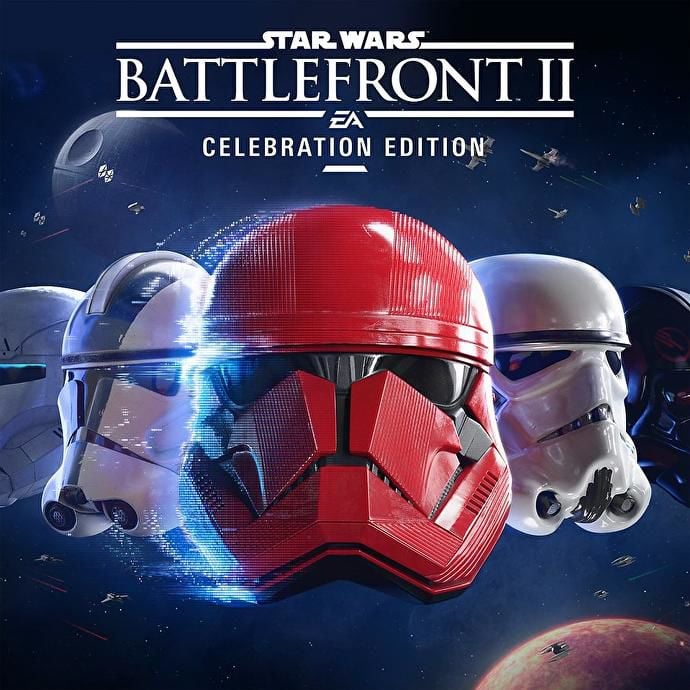 Ever since EA was given the sole publishing license to the “Star Wars” franchise, we have only seen 3 “Star Wars” video games in the span of 7 years. This has left “Star Wars” fans starved for video game content, and the relationship between fandom and EA has not exactly been cordial.

“Star Wars: Battlefront 2” is a multiplayer-focused “Star Wars” game that launched back in 2017, and its initial reception was rocky. Microtransactions became the big talking point of the game as DICE had made the controversial decision of having class upgrades tied to randomized loot boxes that were either earned through gameplay or purchased with real money. Although DICE would remove the option to purchase these loot crates before the official launch, the damage was already done.

The controversy only compounded other issues with “Battlefront 2.” A convoluted progression system, a general lack of content to get invested into, and a buggy release made the game an easy punching bag for disappointed gamers and “Star Wars” fans alike. However, over the course of two years, the team at DICE has worked diligently to turn “Battlefront 2” into not only a better game, but also one of the best “Star Wars” games out there. And here are the reasons why you should give it another chance.

Every “Star Wars” fan has their favorite trilogy era. “Battlefront 2” brings the prequel, original and sequel trilogies to life and allows players to run wild with whichever era is their favorite. The best way I can describe it is that “Battlefront 2” is like an impressive looking toy box of all your favorite Star Wars movies and characters. You have the option to play as each faction from all 9 films, and both heroes and villains from each era is playable as well.

How it works is that over the course of a match, players build up battle points by defeating other players and completing objectives. Players can then use these battle points to either play as the game’s reinforcements (we’ll get into that later) or select from an option of heroes or villains.

The heroes and villains are the most costly options, but they are well worth the price. Each one is powerful in their own right, and you have a wide range of popular ‘Star Wars’ characters to select from. From Obi-wan Kenobi to Boba Fett, each hero and villain has unique play style and you’re bound to find your favorite.

If there is one downside to the hero/villain system, there can only be so many on the battlefield at the time, and you will be competing against many of your teammates for a shot to play as one of these characters. It sucks that not everyone gets a chance to play as their favorite “Star Wars” character, but thankfully DICE has included special trooper units dubbed as “reinforcements.” Reinforcements are the unsung heroes of “Battlefront 2” and, in my opinion, are the best units to play as. Think of them as mini-heroes with a reduced cost to boot.

Reinforcements are unique to each era and faction which helps add more detail to each faction. For example, the Clone army has the Clone Commandos as their Enforcer class special unit. You might recognize them from the 2005 hit video game, “Star Wars: Republic Commando,” as well as from episodes of “Star Wars: The Clone Wars.” These Commandos are absolute powerhouses. Equipped with their DC-17m repeating blaster rifles and a special ability that allows them to boost their armor, these guys are virtually unstoppable and can even go toe-to-toe with villains.

On the other end of the battlefield, we see the Separatists deploy their Infiltrator-class unit, the BX Commando droids. You might also recognize these guys from “Star Wars: The Clone Wars.” With a focus on stealth and melee combat, these droids deploy a different but equally fun playstyle as their Clone Commando counterparts. These are only a fraction of the reinforcements available in the game, and they are all unique and fun to play. So if you’re not exactly the best at PvP, these units still offer up some bang for your battle points.

Supremacy is the way multiplayer “Battlefront 2” was meant to be played. Added in to the game a little over a year after release, Supremacy boasts large-scale battles with vehicles, reinforcements, and multiple phases. With 20 v 20 player lobbies and AI-controlled bots, things get hectic real fast.

Here’s where it gets even more ridiculous: if the attack fails, the game keeps going. Everyone is returned to the ground phase, and this process will repeat until one team’s capital ship has been destroyed. Supremacy creates this amazing tug-of-war dynamic that I don’t often see in many multiplayer games. Just be prepared though, I have seen matches that have lasted up to two hours. Right now, the only eras available are the prequel and sequel trilogy. DICE is currently working on adding the original trilogy soon.

Here’s the deal though: not all of us has hours to spend on one multiplayer match, and at the end of the day, we just want to feel like a “Star Wars” hero. That’s kind of hard to do whenever you are always waiting your turn to maybe play as your favorite hero, all the while getting your butt kicked by other players. Thankfully, Co-op mode is here to give that experience.

Co-op mode is my personal favorite mode in “Battlefront 2.” Think of it as your standard multiplayer match except you will fight alongside and against bots. You can also join up to three other players in this mode. It a blast as you are free to play as any of the heroes or villains without having to worry about beating the guy at the top of your team.

The best part about all of this is that any experience earned in the Co-op mode also carries over into the multiplayer, so it never feels like you’re wasting your time. I recommend grabbing a few friends and hopping into this mode as it offers up all of the same fun of the main game without the frustration of other players. All eras are available to play in this mode now.

So this might come as a surprise, but these little furballs are one of the best reasons to try out the game now. That’s right, these guerrilla, space teddy bears are in this game, and you can play as them. They were recently added in as a reinforcement for the Rebels. Equipped with a bow and a bag of Wisties, Ewoks are surprising effective hunters of Stormtroopers. However, before their addition into the main game’s multiplayer, they were playable in Ewok Hunt.

Ewok Hunt is a special game mode that was added into “Battlefront 2” within its first year. Despite the name, the Ewoks aren’t the prey of this game mode: it’s you. The mode starts off with most players as Stormtroopers who have crash landed on the forest moon of Endor. Two other players are selected to be Ewok hunters. Armed only with a blaster and a really unreliable flashlight, Stormtroopers have to survive the night until rescue arrives. The forest is pitch black and laden with traps and ambush sites for the Ewoks to take advantage of. What DICE has done is turn “Battlefront 2” into the survival/horror “Star Wars” game you never know you needed.

Once a Stormtrooper is killed, the game isn’t over yet. The player then joins the ranks of the other Ewoks and take parts in hunting his former allies. Once the shuttle does finally arrive, the remaining Stormtroopers still have to board the ship before it takes off again. A mad dash to the shuttle through the dark forest while murderous Ewoks swarm after you is definitely a surprising experience, but a welcome one as well.

To me, modes like this as well as continual updates demonstrate that DICE has plenty of creative ideas up their sleeve. DICE promises more to come to “Battlefront 2,” and I can’t wait to see what else they have in mind. You can find a pre-owned copy for roughly $20, and the game frequently goes on sale. Not to mention, every content update is free. Seriously, if you are a “Star Wars” fan who has been sleeping on this title for the past two years, now is the time to hop on this train.