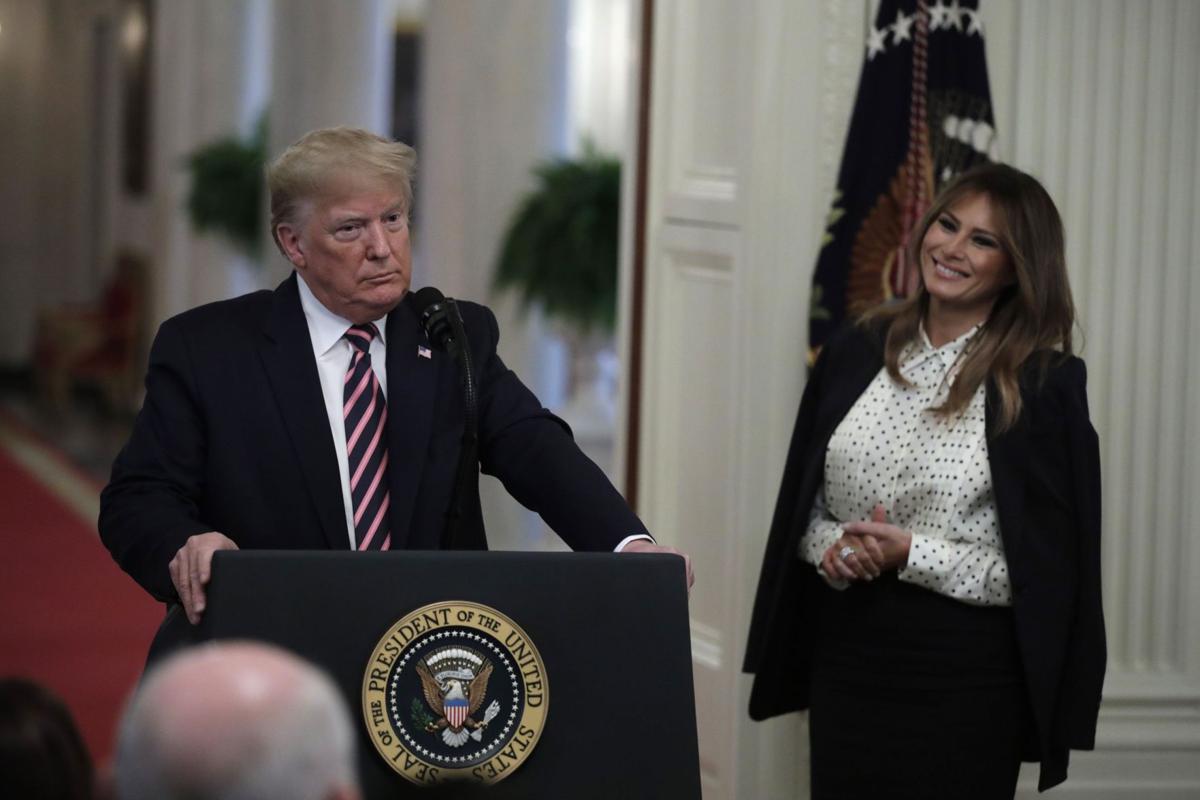 U.S. President Donald Trump pauses next to First Lady Melania Trump after his remarks about his Senate impeachment trial in the East Room at the White House in Washington on February 6, 2020.(Yuri Gripas/Abaca Press/TNS) 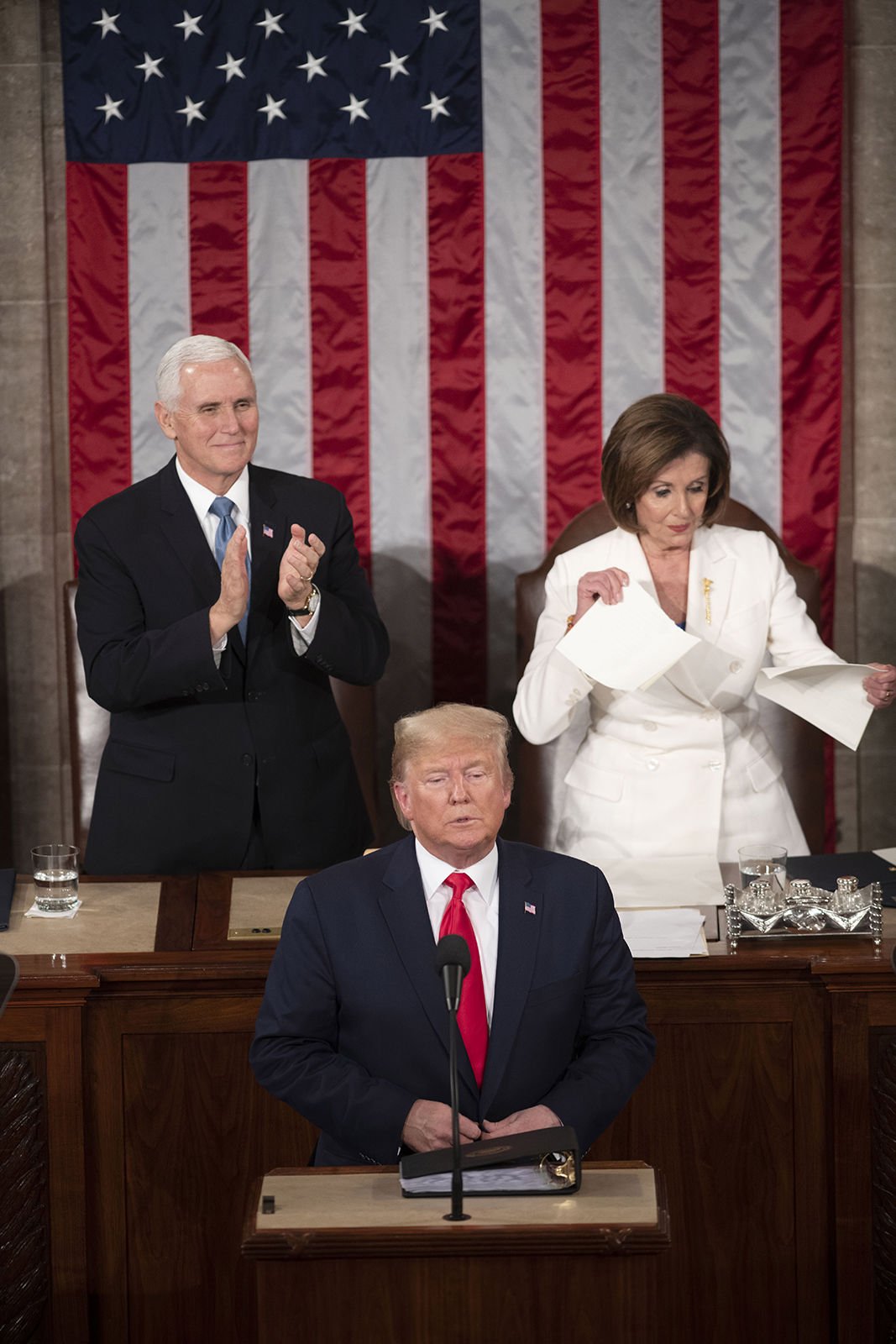 House Speaker Nancy Pelosi (R, back) tears up what appeared to be a copy of the president's speech during U.S. President Donald Trump's (front) State of the Union address to a joint session of Congress on Capitol Hill in Washington D.C. on Feb. 4, 2020. (Liu Jie/Xinhua via ZUMA Wire/TNS) 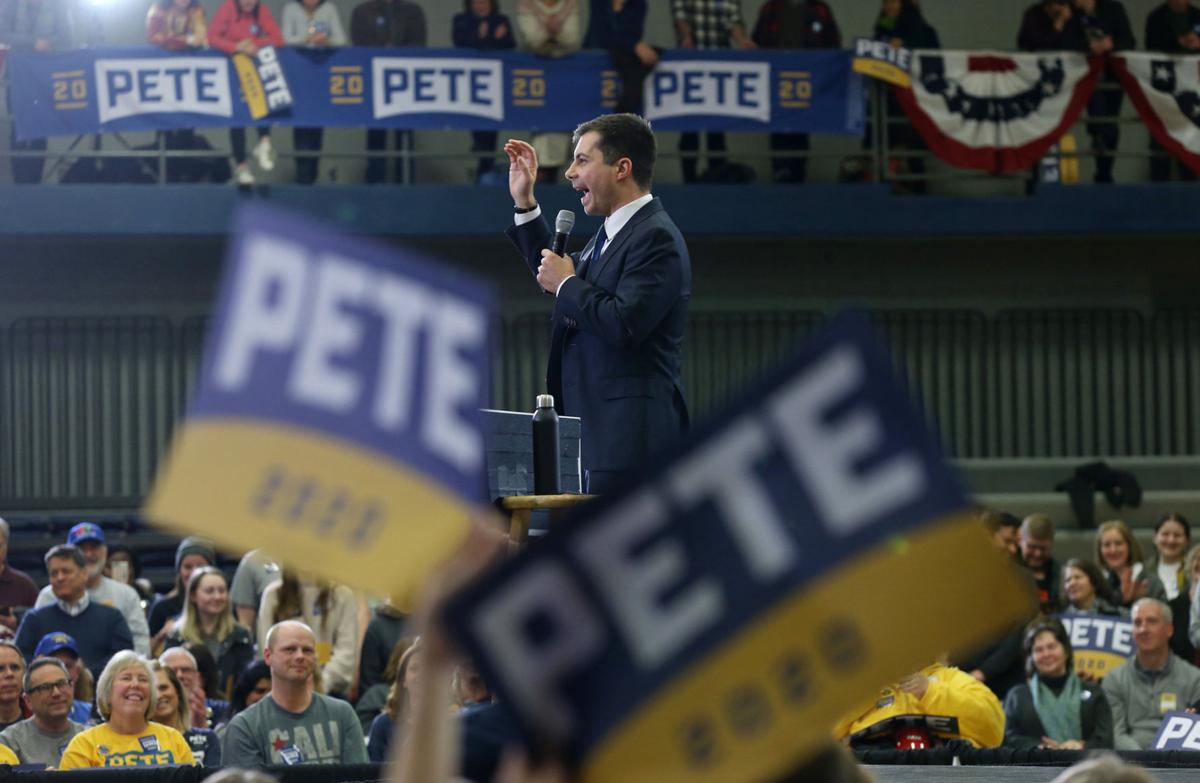 It was a very busy, eventful week in politics this past week. The Iowa caucus took place, stirring controversy all around the country. President Trump delivered his third State of the Union address and the Senate voted to acquit the President on both articles of impeachment.

The Iowa caucus took place on Monday night. It was anyone’s game, with analysts split on who would win the most delegates.

Many predicted Sen. Bernie Sanders of Vermont would end the night with a victory speech, others predicted former Vice President Joe Biden would come out with a win. No one expected that nearly a week later the entirety of the results would still not be released and underdog candidate former Mayor Pete Buttigieg would be the one delivering a victory speech.

In years prior, results of the Hawkeye state’s caucuses were released the night of the vote, however, at the time of writing this — nearly one week later — still only 97% of the results are in.

The Iowa Democratic Party claims this late release of results is due to technical difficulties. However, Tom Perez, Chairman of the Democratic National Party has called for a complete recanvass of the state.

Nevertheless, with the current results, Buttigieg has a very narrow lead over runner-up Sanders. Coming in at third is Sen. Elizabeth Warren. In a shocking upset, former Vice President Joe Biden, the supposed front-runner of the Democratic primary placed fourth, with Sen. Amy Klobuchar coming in fifth.

Buttigieg said Monday night, “We don’t know the results. But, we know, by the time it’s all said and done, Iowa, you have shocked the nation, because by all indications, we are going on to New Hampshire victorious.”

State of the Union

On Tuesday, President Trump delivered his third State of the Union.

During his speech he stressed positivity, and untraditionally awarded a Presidential Medal of Freedom to Rush Limbaugh, a radio personality.

President Trump said that Limbaugh is, “a special man, someone beloved by millions of Americans, who just received a stage 4 advanced cancer diagnosis. This is not good news, but what is good news is that he is the greatest fighter and winner that you will ever meet. Rush Limbaugh, thank you for your decades of tireless devotion to our country."

Most of the President’s speech was overshadowed by Speaker of the House Nancy Pelosi, however.

Before beginning their speech, it is customary for the President to hand a copy of the State of the Union address to the Speaker of the House and shake their hand. However, after handing Speaker Pelosi a copy of the speech, the President did not shake her hand.

After the speech was over, the Speaker stood up and began ripping the paper copy of the speech into pieces, igniting a firestorm of differing opinions on social media.

In a vote of 53-47, the Senate also voted to acquit the President on the charge of obstruction of Congress.

President Trump made several comments about the impeachment vote, including a comment regarding his family.

"I want to apologize to my family for having them have to go through a phony, rotten deal by some very evil and sick people," he said.