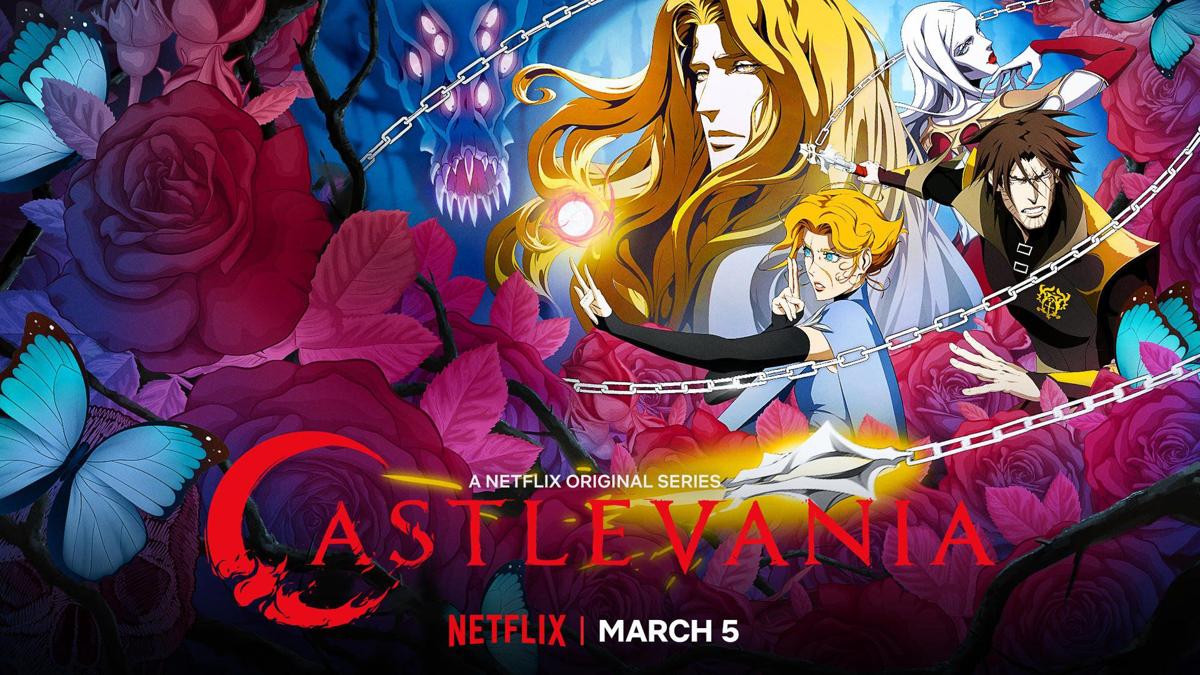 This review contains spoilers for Seasons 1 and 2 of Netflix’s Castlevania.

Netflix surprised audiences in 2017 by announcing “Castlevania,” an animated adaptation for the popular and long dormant video game franchise. Even more surprising was the show’s quality, nailing how it felt to play those classic games while reworking the series’ sparse narrative into a real story.

I don’t like to throw out hyperbole, but, with its amazingly solid third season behind it, Netflix’s “Castlevania” is the most well-made video game adaptation in the medium’s history.

The world of Castlevania is one where Hell is tangible, and vampires use its demon armies to conquer and consume humans.

Season three picks up a few months after the last. Lord Dracula remains dead and the main trio has split up. Trevor Belmont and Sypha Belnades travel the land hunting Dracula’s remaining night creatures while the half-vampire Alucard secludes himself in his father’s castle. Meanwhile, Dracula’s former allies — the necromage Isaac and vampire Camilla — plot their own conquests for Eastern Europe. Violence ensues.

Looking solely at story and plot, season 3 is a perfect continuation. It expands the world’s lore in an organic way while keeping sight of its themes. Season 2 hinted at things like the intricacies of vampire culture and the nature of religion in a world where demons regularly invade, but it didn’t have much time to explore those concepts. This season is the opposite, exploring an impressive amount with nary an exposition dump.

Warren Ellis knows how to write dialogue. Characters can go from witty banter to dramatic character writing within just a few minutes, all while providing natural exposition without anything seeming out of place.

Ellis’ dialogue is clearly written with a precise inflection, enunciation, volume and tempo in mind. Thankfully, the vocal cast is stellar and understood what Ellis was going for.

The last two seasons saw quiet and subdued vocal performances, where many characters mumbled their lines to the point where subtitles were essential. Season three didn’t have this problem. Everything is clearly enunciated while keeping the series’ signature subdued style.

The best performances came from the main trio. Richard Armitage does such a great job as Trevor Belmont that I can’t imagine anyone else voicing the character. His chemistry with Alejandra Reynoso — voice of Sypha Belnades — makes it easy to see these characters being friends and partners. James Callis’ Alucard brings out another side to the subdued half-vampire, exploring an emotional range left unexplored by previous seasons.

Vocals are accompanied by interesting visuals. Animation quality has improved from last semester, which was already impressive enough. “Castlevania” is not a show for those averse to gore and violence. It is an incredibly violent show, undoubtably the bloodiest cartoon Frederator Studios has ever touched. I was worried that the fight scenes’ emphasis on gore would detract from the overall product like it had for the previous seasons.

However, fight animations are well-choreographed dances that go beyond mere gore fests. The term “sakuga” refers to highly stylized animation featuring rapid, frame-by-frame drawing to emphasize every moment. “Castlevania’s” fights are all composed of beautifully rendered sakuga, all culminating in a bright, epic climax.

In the end, “Castlevania” is a perfect continuation of the series. It expanded the world in interesting ways, it improved its scripting and dialogue and massively overhauled its animation. The only complaint I have against it is that I’ll have to wait another year to experience where the series goes next.