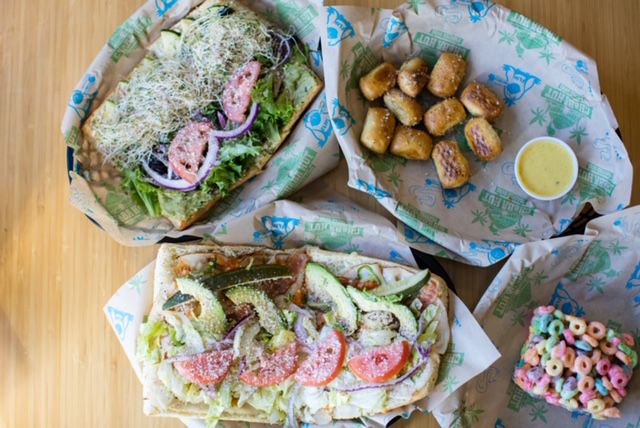 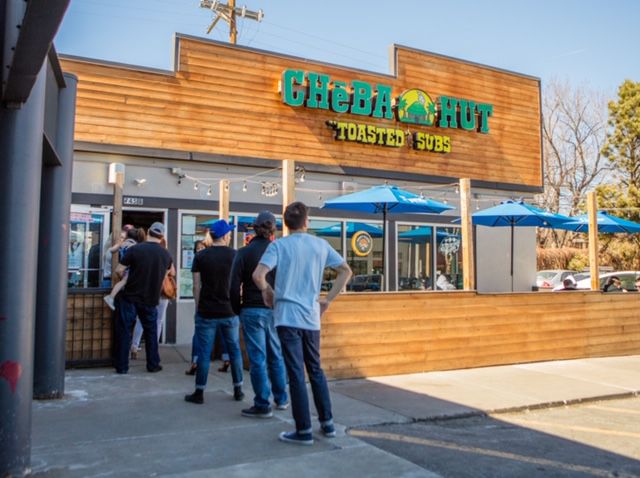 In the past 20 years Knoxville has come alive with urban, cultural and artistic growth taking over the city.

Downtown has revitalized with the city focused on bringing the community together through redevelopment of shops, restaurants and entertainment taking residence in what used to be the “deserted after 6 p.m.” streets.

Knoxville in the last few years has branded itself the Maker City, with local artists and crafters sharing their talents with the world. More and more breweries are opening their doors for the community to enjoy.

And with all the development, one casual style restaurant is looking to get in on the deal and make itself at home in Knoxville: Cheba Hut.

Chief Relationship Officer for Cheba Hut Seth Larsen described how the toasted sandwich shop concept was about “just creating that laid-back beach vibe with great service and great food in any city across the United States.”

With 25 locations in seven states, the fast-casual restaurant serves sandwiches, salads, munchies, treats, cottonmouth cures and depending on state and city regulations either has a full bar or beer and wine.

“We’re food focused, first and foremost, so even though there’s an underlying theme to what we do and we have a little fun with it, we’ve always been food focused and hospitality driven,” Larsen said.

The underlying theme for the shop is cannabis-themed, which can be seen in the names of the menu items like their “Magic Mushroom,” “Kush” and “La Canna” sub names.

However, while everything in the store may go along with the cannabis theme, Larsen was quick to disperse of any rumors about marijuana in the food. He assured that the food was 100% without cannabis, but still great quality.

The chain recently celebrated its 21st anniversary when the first store opened in 1998 and now the 25 locations serve customers in Arizona, Colorado, California, Oregon, New Mexico, Nevada and Wisconsin according to its website.

While the Cheba Hut franchise isn’t slated to come to Knoxville until 2020-2021, Larsen said that the city is a great match for the restaurant.

“Knoxville makes sense for a lot of reasons,” Larsen said. “The reason I like Knoxville is it’s just a kickass college city. You know the University of Tennessee is legendary. The city itself has a perfect population. There’s a killer music scene there … anywhere where there’s an outdoor culture ...  the music culture and the arts culture (is great).”

Larsen also mentioned the 20 breweries located throughout Knoxville was a good indicator as to why Cheba Hut would make a great addition to the city.

Before fulfilling the dream of opening a shop in Knoxville, Larsen said they need to find the right community partner to help run the stores.

“It really comes down to the partner. I really feel like our brand is pretty hot right now. People do want to be a part of it. I’m sure that there’s plenty of alumnus from the university there that have been to Cheba Hut and are stoked about Cheba Hut expanding a branch to Knoxville,” Larsen said. “Tennessee is on the top of our radar and I think within the next two years we’ll have a deal at some point, but nothing is established.”

The plan would be to open two huts in Knoxville, and possibly one in Nashville, which would mean not only would a new food concept being coming to the city for students and the community to enjoy, but it would also offer work opportunity.

Larsen confirmed that each hut would employ around 30 to 35 people helping to stimulate the economy, as well as giving students an opportunity to work somewhere they would enjoy, as Larsen said the atmosphere in the dining franchise was really welcoming.

“At the end of the day, it was really just an opportunity to be an escape from your daily life,” Larsen said. “Cheba Hut was built on creating a really, really cool place to work for employees that are typically in a fast-casual space that doesn’t pay well and (they) aren’t typically happy to work there. But they are in the Cheba Hut.”

Above all, Larsen said the company is focused on making the community happy and comfortable while visiting the restaurant.

“We make our restaurants comfortable because we want people to stick around,” Larsen added. “We want to be an oasis for people in their daily lives.”