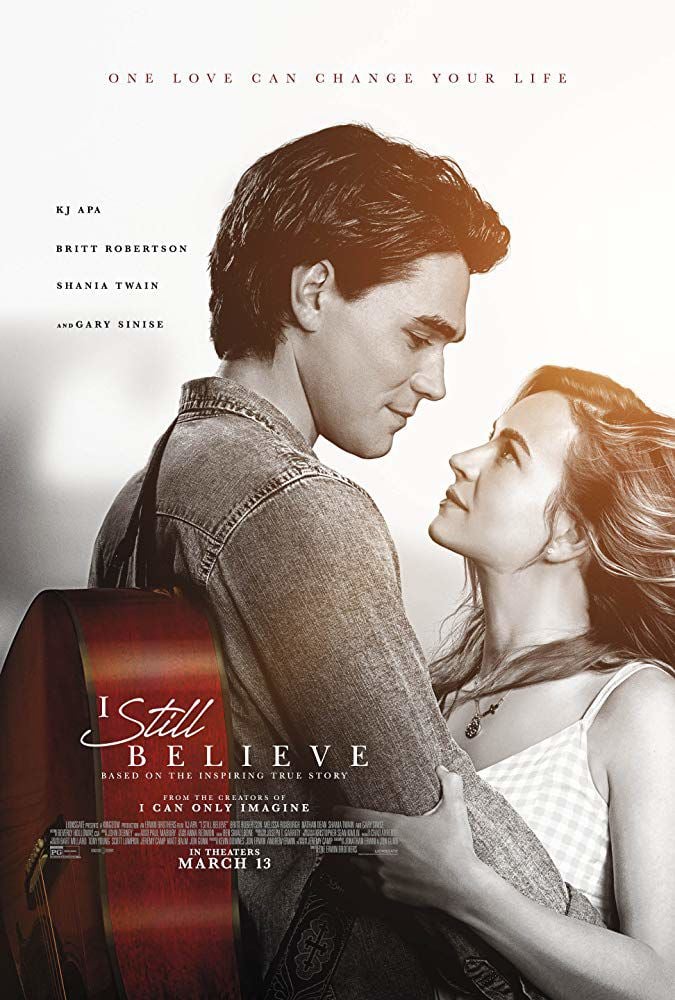 I’m referring to the Christian romance film “I Still Believe,” which is based on the life of musician Jeremy Camp. The film is directed by Andrew and Jon Erwin, who also directed 2018’s “I Can Only Imagine.”

The film stars K.J. Apa as Jeremy Camp and Britt Robertson as his wife Melissa. The film is about Jeremy when he met his first wife Melissa, who is diagnosed with cancer. This hardship contests their faith as they struggle to work it out.

This film is hard to watch, but not because of the subject matter. Unfortunately, it’s just not fully put together from a filmmaking aspect.

The writing is the worst part of this film. The dialogue is sappy and unrealistic. Characters say things that no ordinary person would ever say. It sometimes makes it hard to take seriously.

The cinematography is also not quite there. The lighting of the film is bright, but it makes it look like a TV movie. Along with this, there are too many rays of light; light seemingly pours out of every window. The camera is also needlessly shaky at times, which felt disorienting. Otherwise, it’s flat, both in camera placement and presentation.

But that’s not to say that the film is all bad.

The acting is actually quite good. K.J. Apa is a little stilted at times, but he and Britt Robertson really carry the film. Even when the dialogue is rough, they make some of it work. They shine when there isn’t anything for the characters to say and they are allowed to just act. Those scenes are when the film not only works but makes an impact as well.

The message and Christian aspects of this film are also solid. At the very least, they aren’t offensive. Instead, it’s well rooted in its religious tones.

Finally, the latter half of the film is better. The pacing slows down, and it allows the actors to act instead of regurgitating bad lines of dialogue. This is also when the film begins to explore what it means to be a Christian and dealing with the rough parts of life. And the lighting gets (strangely) better. At least, the film becomes comprehensible. Comparatively, it’s much more watchable than the first half.

This is a film that I don’t really enjoy. I’ve heard the story it’s adapting is inspiring, which makes it worse when the movie is bad.

Anyone that’s already decided to go see this film are going to see it regardless of what I have to say. I hope those out there will enjoy and appreciate this film more than I did. It’s not that I even disagree with what’s being portrayed on screen (relative to other Christian films, this is one of the better ones that I’ve seen).

I just wish the actual filmmaking behind it was better. I hope and pray that the Erwin brothers improve their craft. It would be a shame if they resorted to making soulless cash-grabs like some of their peers have.