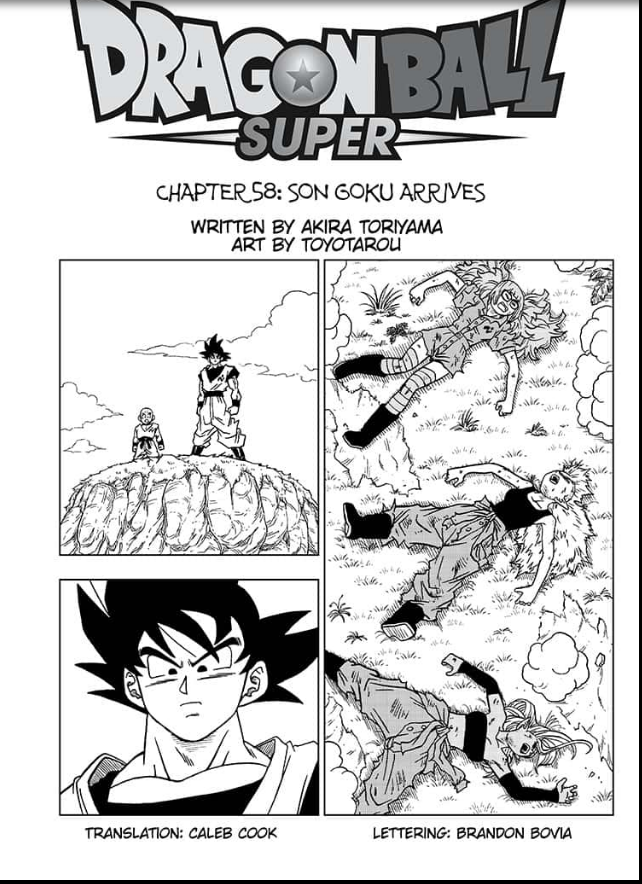 This month’s chapter of “Dragon Ball Super” was all about showing off just how powerful Goku has become over the course of his special training to defeat the villainous Moro, who has sieged the Earth with his army of Galactic Prison escapees. These prisoners are pumped up with the overwhelming, universe ending powers of Moro, all in an effort to wipe out any who could stand in his way.

Thankfully, the Earth has its trusty defenders to take care of business. Last month we saw a lot of those fights in action, where characters like Chiaotzu and Yamcha got to shine if only for a short period of time.

But of course, there were some prisoners they just couldn’t beat due to the amount of power they’d been granted by Moro. That’s where Goku’s arrival came into play this month.

Just as in almost every other past arc of “Dragon Ball,” the results of Goku’s training blow everyone away, with Goku going as far as to claim he’s like a new man. Whether or not that’s a true statement who knows, but what I can say is that this chapter is one you’d either love or hate.

There was a huge emphasis on how far Goku outshines all the other characters we love, Piccolo lamenting this the most. That sort of dialogue adds to the awesome image Goku represents as a hero, but also pisses me off as a fan.

I want the other characters I love to be treated like they actually matter, so even though they got some spotlight last month, it still would’ve been nice for them to have pretty much defeated everybody, leaving only Moro to tear through them.

Such a scene would’ve been fitting as a mirror to the rest of the series, achieved the purpose of this chapter in hyping up Goku’s power as he saves everyone, and made the Z Warriors feel like they actually accomplished something.

Most of what I said revolves around the transition from the last chapter where we saw Goku returning, to Goku actually fighting in this chapter, and on that note what this chapter actually did very well was in how it depicted Goku’s fights.

I’ve been reading a lot of manga lately that struggle in the “action-sequence” department, and reading this chapter of “Dragon Ball Super” felt like a glass of cold water on a dreadfully hot day.

As someone taking up the mantle from the legendary Akira Toriyama, Toyotarou has a lot of pressure on his shoulders, but at least, as far as art goes, I think he’s doing a phenomenal job. Not only has he replicated Toriyama’s style to near perfection, his depiction of motion and combat far surpasses many of the battle-manga running in “Jump” magazines today.

You could feel the motion in the panels, and the characters’ strikes all felt very natural with defined muscles at work for every movement.

In fact, the artwork here is so clean that it looks primed and ready to show up on your TV screen in animated format.

All in all, while I’m not a huge fan of how the characters were depicted story-wise, the artwork is extremely clean, and the battle sequences are on point.