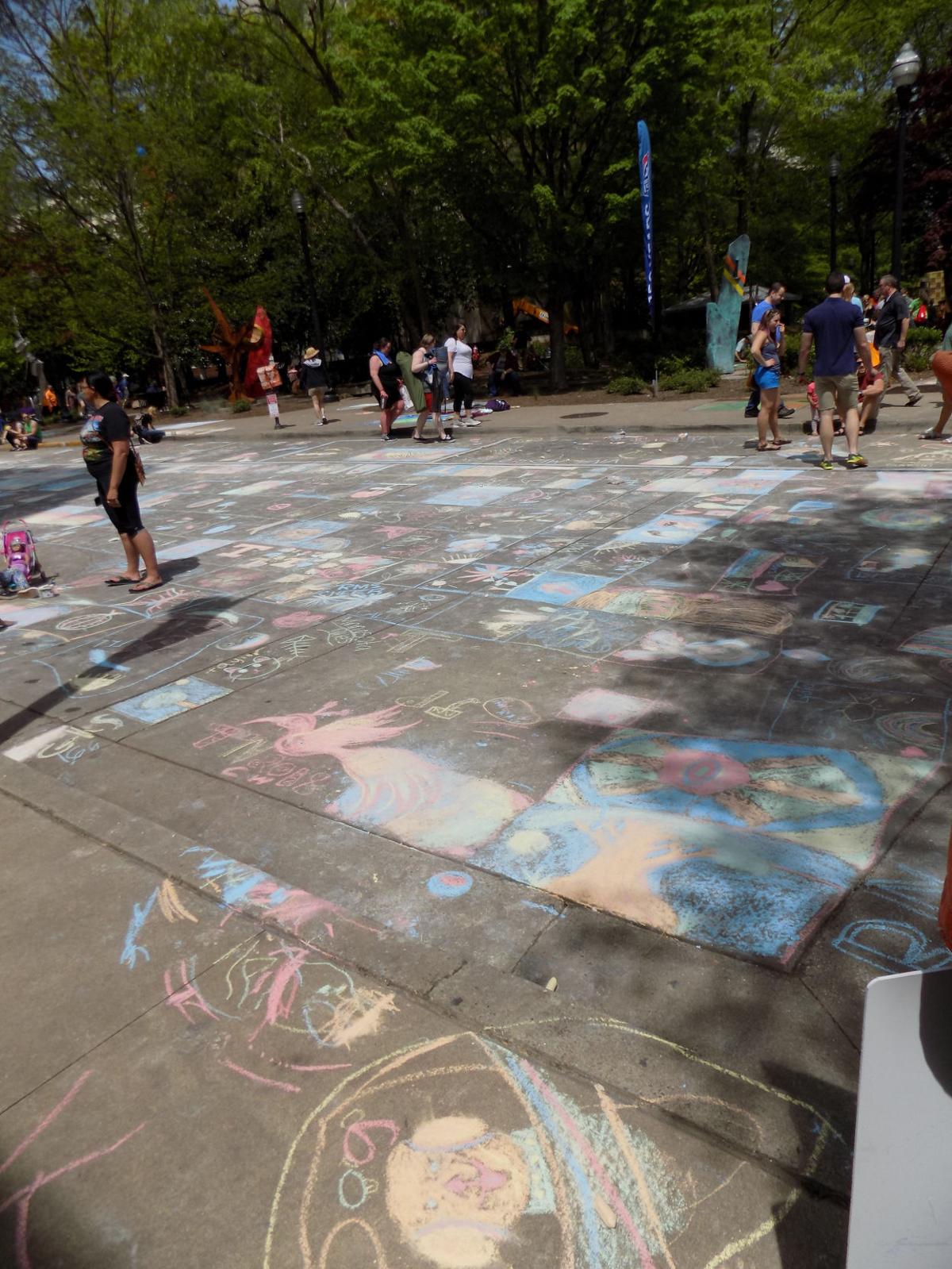 Visitors draw on the cement to celebrate the Chalk Walk in Market Square on April 21st. 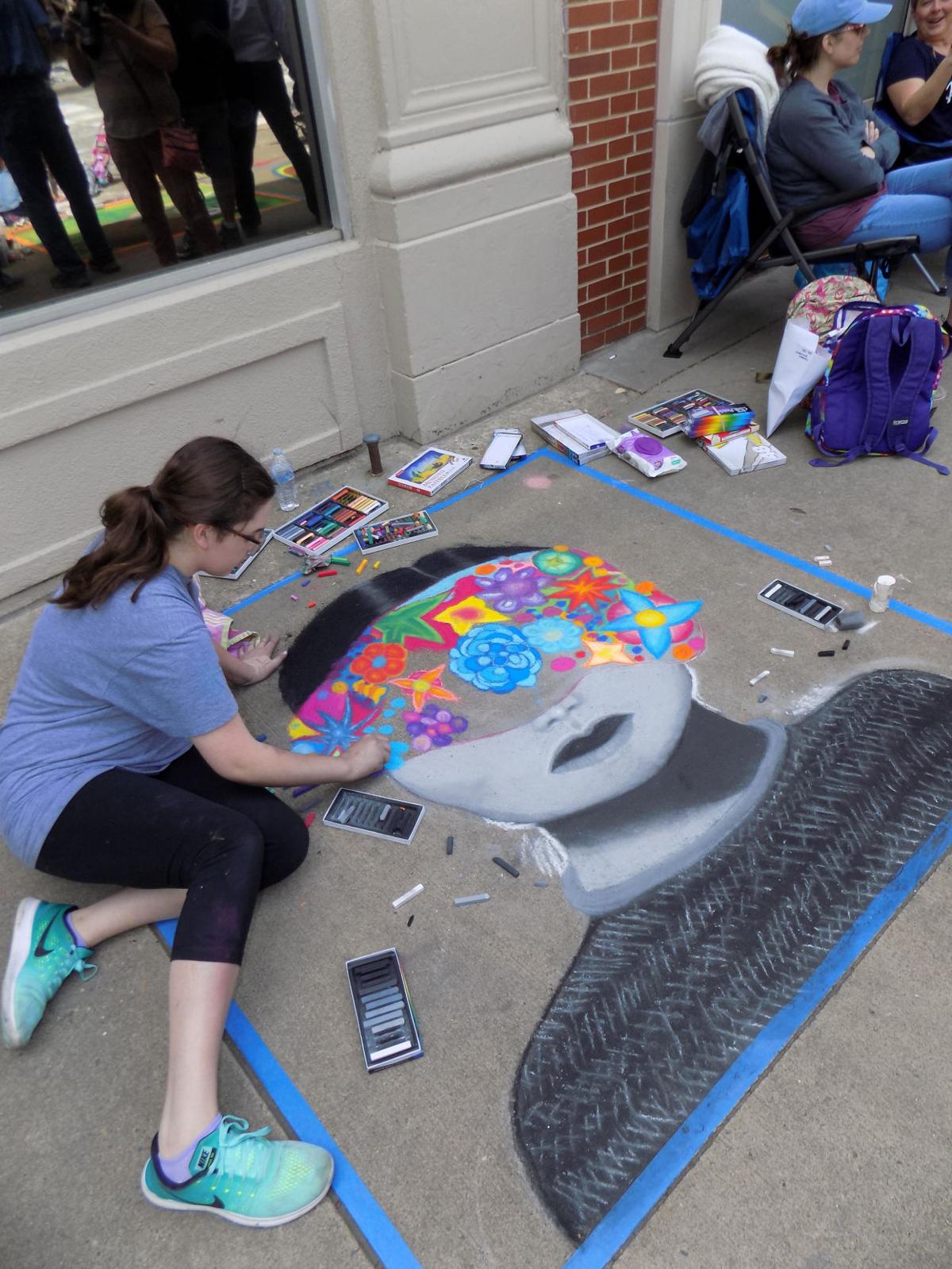 An artist works to complete their chalk art on display at the Chalk Walk in Market Square on April 21st. 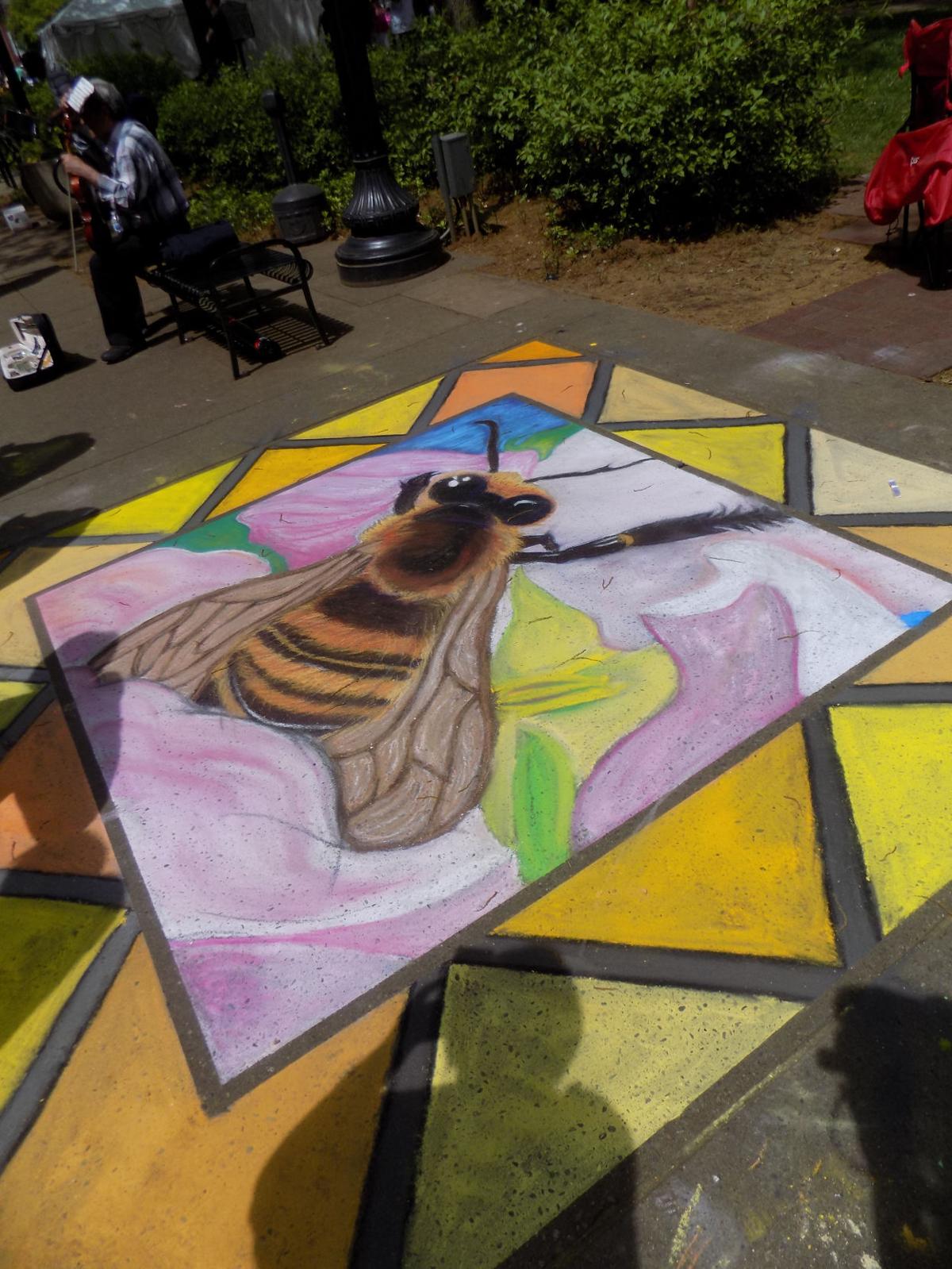 An artist's chalk art is on display at the Chalk Walk in Market Square on April 21st.

Visitors draw on the cement to celebrate the Chalk Walk in Market Square on April 21st.

An artist works to complete their chalk art on display at the Chalk Walk in Market Square on April 21st.

An artist's chalk art is on display at the Chalk Walk in Market Square on April 21st.

On Saturday, downtown Knoxville hosted one of the most unique art exhibitions of the Dogwood Arts Festival.

However, this was no ordinary gallery. The pieces were not going to be sold afterward, and the artworks that were painstakingly crafted will probably last for about a week — or less if it rains. The medium is not acrylic or watercolor, but something a bit more elementary.

This is the tenth annual Chalk Walk, an event put on each April by Dogwood Arts that invites artists of all skill levels from across Knoxville to try their hand at sidewalk painting.

Slocum said the Chalk Walk began in 2009 after traveling with her husband.

“[My husband] had been traveling to Europe and had seen the chalking events there — mostly in Italy — and he brought the event home to Dogwood Arts,” Slocum said.

The festival has grown immensely from its humble beginnings, and chalk artists from beyond Tennessee now participate in the festival.

Amidst buskers, floral stands and vendors, these chalk artists carefully design their assigned squares, forming a colorful border on Market Square’s sidewalks. Each piece is given a number, and visitors can vote for their favorites in 11 categories based on age and the number of artists involved. Winners of the Chalk Walk are awarded cash prizes ranging from $50 to the $500 Best of Show grand prize.

The Chalk Walk has been a tradition in Knoxville for years, but the festival’s origins can be traced back to the 16th century in Italy, where street painters, or “Madonnari,” traveled from festival to festival to make a living off their art.

While artists at the Chalk Walk may not make a living off their works, they are no less dedicated than their 16th-century progenitors.

Under the beating spring sun, artists created everything from hyper-realistic depictions of people and animals to wildly abstract forms; even the city of Knoxville found itself the subject of several works.

From a distance, the festival seemed a bit odd. Massive, densely packed crowds filled Market Square, yet it seemed as though there was nothing there for them to look at. It was only once you had nearly stepped on an artist, instantly recognizable by their chalk-stained clothes and hands, that the crowds began to make sense.

A near assembly line formed through the square, whisking admirers past countless chalk filled plots in a constantly moving stream of people, heads down to avoid trampling the already fragile medium.

Nearby, a portion of the street had been sectioned off for children to create their own chalk masterpieces, sponsored by First Tennessee Bank.

“Children are our future and art in itself is very valuable and brings a lot of value to the community so we felt an enlightenment with Dogwood Arts,” Courtney potts, an employee of First Tennessee Bank, said of the zone sectioned off for children.

Throughout the downtown area, it became clear that the festival wasn’t confined to Market Square. Throughout Gay Street were littered pieces of chalk, and more primitive forms of the art-du-jour could be seen throughout the city.

With the Chalk Walk quickly becoming a defining event of the Dogwood Art Festival, Slocum is confident about its future in Knoxville.

“I think this event is going to be around Knoxville for a very long time to come.”